In general a lender has 15 days once notified to release a mortgage to avoid penalty.

((1) a sum not to exceed five hundred dollars ($500) for the failure, neglect, or refusal of the owner, holder, or custodian to:
(A) release;
(B) discharge; and
(C) satisfy of record the mortgage or lien; and
(2) costs and reasonable attorney's fees incurred in enforcing the release, discharge, or satisfaction of record of the mortgage or lien.
(c) If the court finds in favor of a plaintiff who files an action to recover damages under subsection (b), the court shall award the plaintiff the costs of the action and reasonable attorney's fees as a part of the judgment.
(d) The court may appoint a commissioner and direct the commissioner to release and satisfy the mortgage, mechanic's lien, judgment, or other lien. The costs incurred in connection with releasing and satisfying the mortgage, mechanic's lien, judgment, or other lien shall be taxed as a part of the costs of the action. (e) The owner, holder, or custodian, by virtue of having recorded the mortgage, mechanic's lien, judgment, or other lien in Indiana, submits to the jurisdiction of the courts of Indiana as to any action arising under this section.) (IC 32-28-1-2 (b)(1))

For use in Indiana only.

Deeds.com Indiana Full Release of Mortgage Forms Have Been Updated as Recently as Monday March 29, 2021

Fernando C. said: I was happy with my purchase. I honestly received more than I expected . I recommend you expand to offer more forms such as Living Will.

Tiffany P. said: Very quick and gave me exactly what I needed! I would have had to go down to the courts and take off work to get this info otherwise.

Cathy P. said: I purchased the La St. Tammany Parish Quit Claim Deed as a gift for a friend. Currently waiting on a lawyer to draft his second version of what a La Quit Claim should look like. I have downloaded this St. Tammany La packet for simplicity and double protection for my friend. So far, I really like what I see from Deeds.com, short and to the point. It's truly a breath of fresh air. Thank you so much. Layperson Cathy for a friend.

Katie G. said: I haven't used the forms yet but it appears, with your tutelage, that they should not be too difficult to fill out and file. Your site was easy to navigate. Thank You

Reply from Staff: Thank you for the kinds words Katie. have a fantastic day!

janitza g. said: It was easy!!! The example for completing a quickclaim deed form was very helpful!!

Christine K. said: This site was fast and easy to use. I would highly recommend using them. Thank you Deeds.com!!!!

Select County where the property is located. 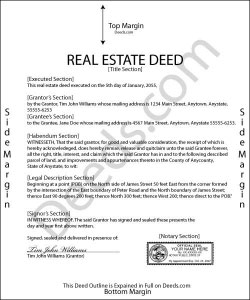