In Mississippi, an estate of inheritance or freehold, or for a term of one year or more, cannot be conveyed from one person to another unless the deed is declared in writing, signed, and delivered ( 89-1-3). The Mississippi Annotated Code, section 89-1-61 provides a form for conveyances of real estate. The use of this statutory form is not required; and it may be altered to fit various circumstances, such as a special warranty or quitclaim. An interest in land or claim to land in Mississippi can be conveyed to vest immediately or in the future, by writing, which is to be signed and delivered. Such writing will have the effect of transferring the title of the person who is signing it, according to the terms of the document ( 89-1-1).

In Mississippi, real property or interest in real property can be conveyed by individuals, corporations, those holding property jointly, or aliens. Additionally, land that is held in adverse possession may also be conveyed, to vest immediately or in the future ( 89-1-1). All body politics and public corporations are able to convey their lands by and under the corporate seal and signature of an officer. The officer signing can also acknowledge the execution or have it proved. A private corporation may also convey lands in this state ( 89-1-21). According to Mississippi laws, resident aliens are given the authority to acquire and hold land, and can also dispose of it and transmit it by descent, the same as a citizen of the state. Except as may be provided by statute, non-resident aliens are not hereafter permitted to acquire or hold lands, but a non-resident alien may have or take a lien on land to secure a debt, and at a sale thereof to enforce payment of the debt, may purchase the land and thereafter hold it, but not longer than twenty years, with full power during that time period to sell the land in fee to a citizen, or the non-resident alien can retain the land by becoming a citizen within that time. However, non-resident aliens who are citizens of Syria or the Lebanese Republic may inherit property from citizens or residents of the state of Mississippi ( 89-1-23). The Mississippi Annotated Code has further provisions on acreage limits, industrial, and residential land held by aliens. In general, those who are given the power to hold and acquire land in Mississippi may convey such land or interest therein to a grantee with the legal capability of receiving land or interest. The type of ownership will determine the method of conveyance.

The grantor to a real estate deed in Mississippi needs to sign the document, and needs also to have his/her signature acknowledged or proved. In a deed, conveyance, mortgage, or other encumbrance upon a homestead exempted from execution will not be valid or binding unless signed by the spouse of the owner if the owner is married and living with the spouse or by an attorney in fact for the spouse ( 89-1-29). The acknowledgement or proof of an instrument must be duly certified by an officer who is authorized to take acknowledgements. Acknowledgments or proof should be taken before any judge of a United States Court, any judge of the Supreme Court, circuit court, county court, or before any clerk of a court of record or notary public, who is to certify such acknowledgement or proof under the seal of his office, or before a justice of the peace, or police justice, or mayor ( 89-3-3). The Mississippi Annotated Code, section 89-5-24 lists formatting guidelines that pertain to instruments being submitted for recording.

A conveyance in Mississippi will not be good against a purchaser for valuable consideration without notice, or any creditor, unless it is recorded with the clerk of the chancery court in the county where the land is located. After filing with the clerk, the priority of time of filing will determine the priority of all conveyances of the same land as between the several holders of such conveyances ( 89-5-1). All conveyances of land will be void as to all creditors and subsequent purchasers for a valuable consideration without notice, unless they are acknowledged or proved and recorded with the chancery clerk in the proper county ( 89-5-3). However, as between the parties to the instrument and their heirs, and as to all subsequent purchasers with notice or without valuable consideration, an unrecorded instrument will be binding and valid ( 89-5-3). Instruments take effect as to creditors and later purchasers for a valuable consideration and without notice after they are recorded with the chancery clerk. No conveyance, covenant, agreement, bond, mortgage, or deed of trust which is unrecorded or has not been filed for record, will take precedence over any similar instrument affecting the same property which may be of record, to the end that with reference to all instruments which may be filed for record, the priority thereof will be governed by the order in which they were filed, in the absence of actual notice ( 89-5-5).

Linda C. said: If I hadn't spent my career as an escrow officer (albeit in another state), I may have had a hard time figuring out exactly which deed I needed and how to prepare them, even with the back-up informational, how-to pdf documents, without an attorney. My experience speaks to how much the general public doesn't understand and how confusing it can be. Nonetheless, the access to so many documents at a fairly reasonable cost, the basic how-to docs made available along with the purchased doc makes all the difference. I appreciate having such things available to the public. Many thanks.

Patricia W. said: The technology and service was excellent. The content was too limited. I was seeking to find out about 61b deeds on the property and that was not provided.

Reply from Staff: We appreciate your feedback Patricia.

Reply from Staff: Thank you for your feedback Resa. Have a wonderful day! 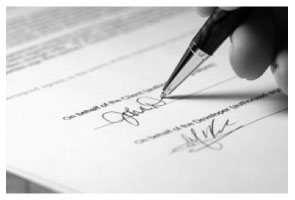